October 26, 2019, coincides with the 30th anniversary of Oubao Security Technology Co., Ltd. In order to thank all employees for their unremitting efforts in the development of the company, and to enhance the friendship between colleagues and the cohesion of the team, Oubao organized a management team expansion activity with the theme of " Extraordinary years for 30 years, hand in hand to create the future".

The expansion activity lasted for two days and consisted of three parts. On the first day, the team explored the development footprint of Oubao Company, visited the old factory in Oubao, and arrived at the Tianding Lake Ecological Park in the afternoon to carry out field expansion activities. On the second day, visit Liu Bowen’s hometown-Baizhangji Scenic Area.

At 9 a.m. on the 26th, we first arrived at Wenzhou Grassy House, the birthplace of Oubao, to hear Mr. Chen Endi, the old chairman, share his entrepreneurial story. In 1987, Oubao was founded in Wenzhou, which was one of the first companies in China to produce door closers. From then on, a hard work, the courage to open up the history of struggle, a tenacious struggle, hard work of dedication history, a hero generation out, relay forge ahead of the entrepreneurial history in full swing.

Review the development of Oubao, difficult to start, wind and rain experience, spring and autumn. We followed in the footsteps of Oubao, walking through Xishan Road (the original site of Ouhai Automatic Door Control Factory, No. 127, Xishan Road), past the General Bridge (formerly Ouhai District Government) and Louqiao (No.238 Loudong Street, China-foreign cooperation Wenzhou Oubao Hardware Co., Ltd.). Then we walked through the Louqiao Industrial Zone (No.21 SenMao Road) and finally strolled through Chuitai Square (Foreign Trade Office Building). We measure the history of Oubao with our footsteps, and feel the hardships of entrepreneurship with reality. Along the way, the road is full of stories, into the eyes are landscape. 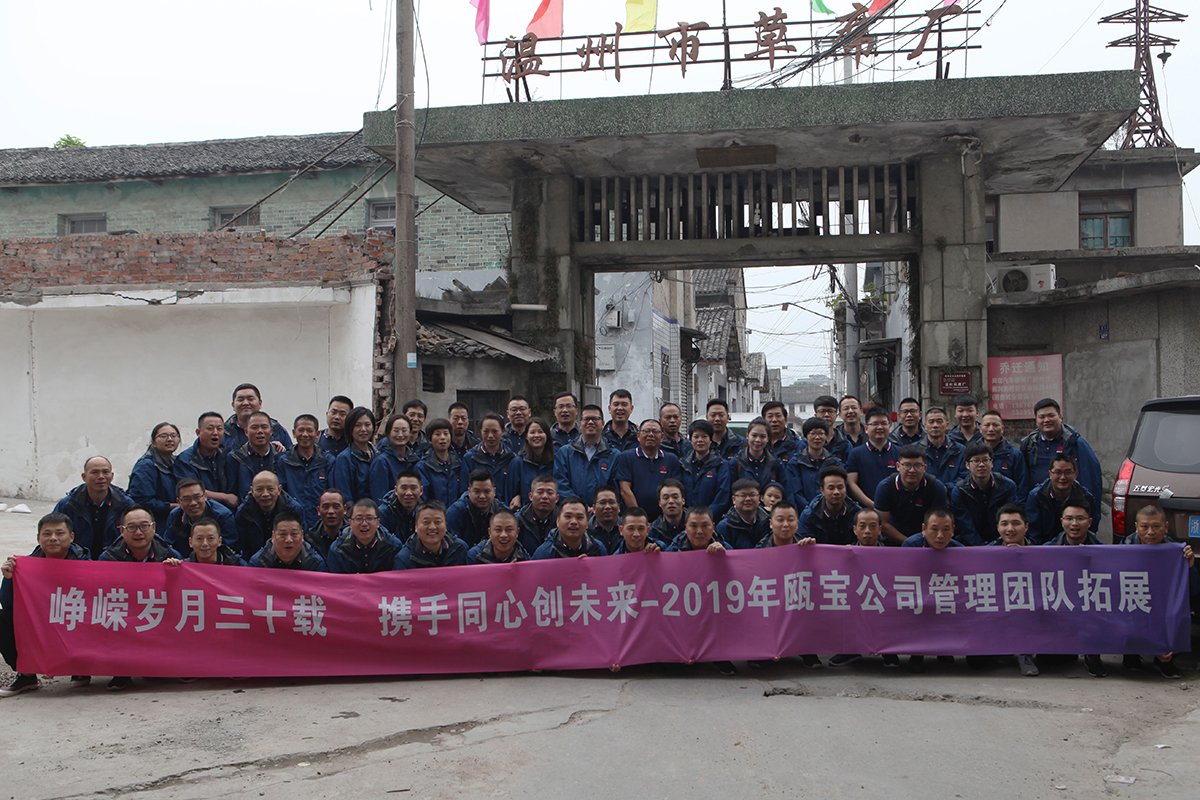 In the past 30 years, Oubao has established the first domestic company's nationally recognized door control product testing laboratory; it has successively passed CE, UL, ANSI and other international authority certifications for door closers and quality management system certifications; it has 150 self-owned products Intellectual property; presided over the drafting of industry standards such as door closers and floor springs.

At 3 o'clock in the afternoon, we arrived at Tianding Lake Ecological Park, Baizhangji Town, Wencheng County to check in and started team building and expansion activities.

Everyone, regardless of leaders and ordinary employees, was randomly divided into five teams, and the team leader was selected. In this process, colleagues in different departments quickly established a communication and collaboration environment, and initially formed a team atmosphere.

Challenge NO1: 2 minutes to complete the station with "3" and "0" graphics, aerial photography, and celebrate the 30th birthday of Oubao

Taking the team as a unit, the first, second, and third teams quickly formed the number 3, and the fourth and fifth teams formed the number 0, which tested the team’s tacit understanding and exercised the team leader’s organization and coordination ability. Then take aerial photography to celebrate OuBao's birthday. 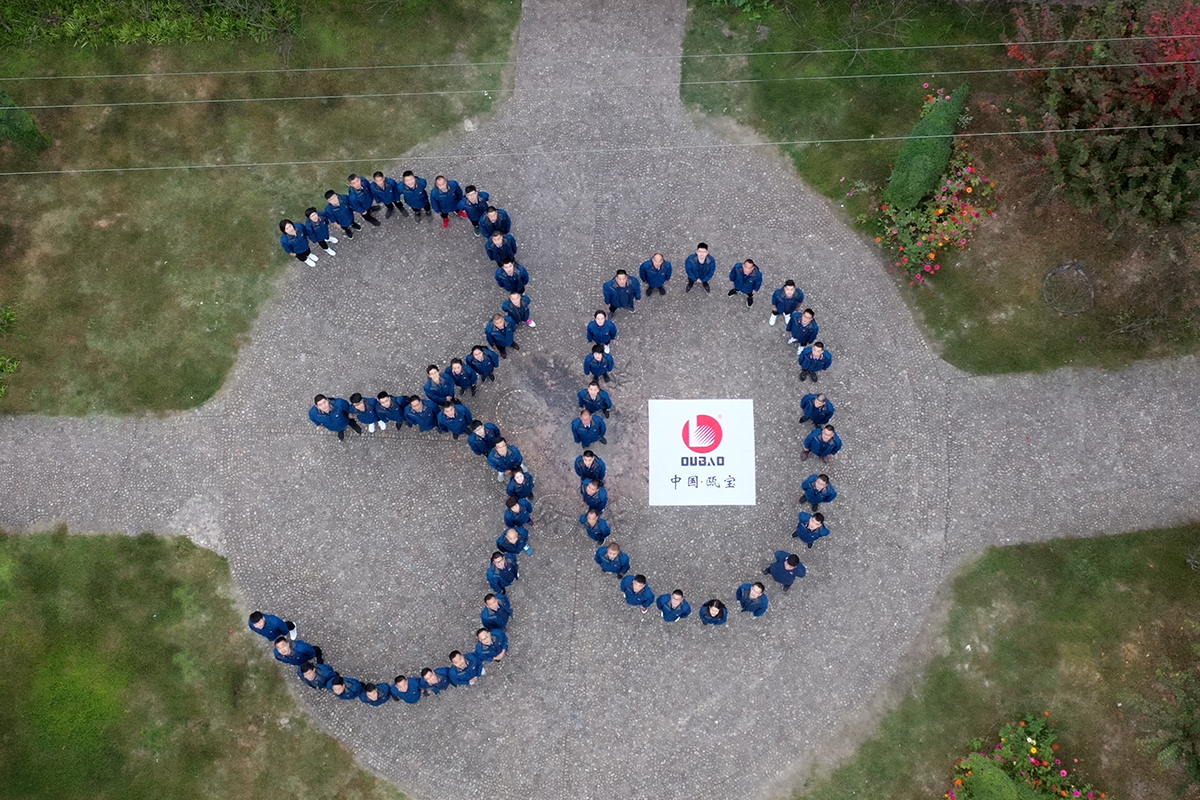 During the event, we found that everyone in the team is very important. How to complete the position in the fastest and best way? We need to work hard together to achieve the team's unanimous goals at the same time.

Challenge NO2: Complete the theme of Oubao’s team building activity and hand-painted blessings for the 30th anniversary of Oubao within 1 hour.

1. Take the team as a unit, each team completes its own hand-painted task

2. Passionate aerial photography, all members shouted at the same time the slogan of " Extraordinary years for 30 years, hand in hand to create the future " 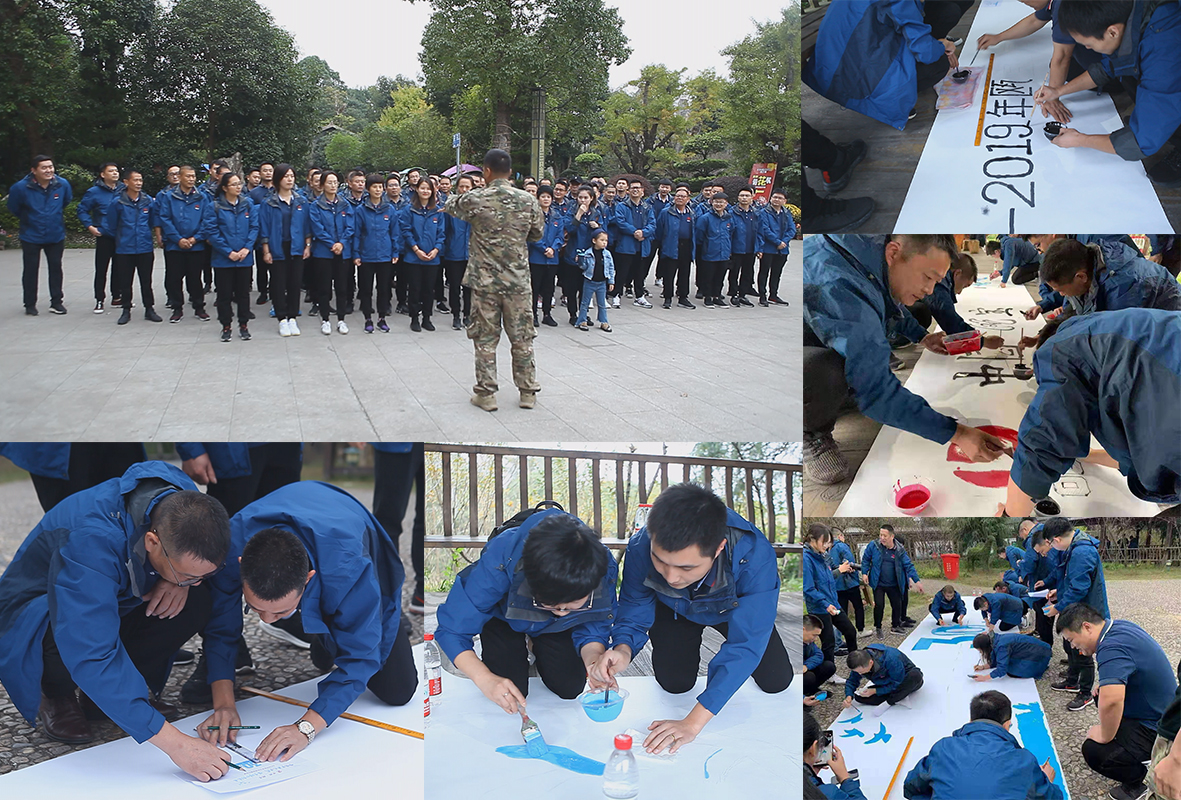 This is the most difficult challenge of this team building activity. For our five teams, the first three groups need to be completed separately, while the four and five groups need tacit cooperation, joint stitching and coloring to achieve the goal. In order to save time, the five teams can be said to have their own magical powers and created a variety of customs clearance methods within the rules. In the end, all our teams completed the task in 38 minutes. This also proves that the wisdom of the team is infinite, and only mutual cooperation can win the future. 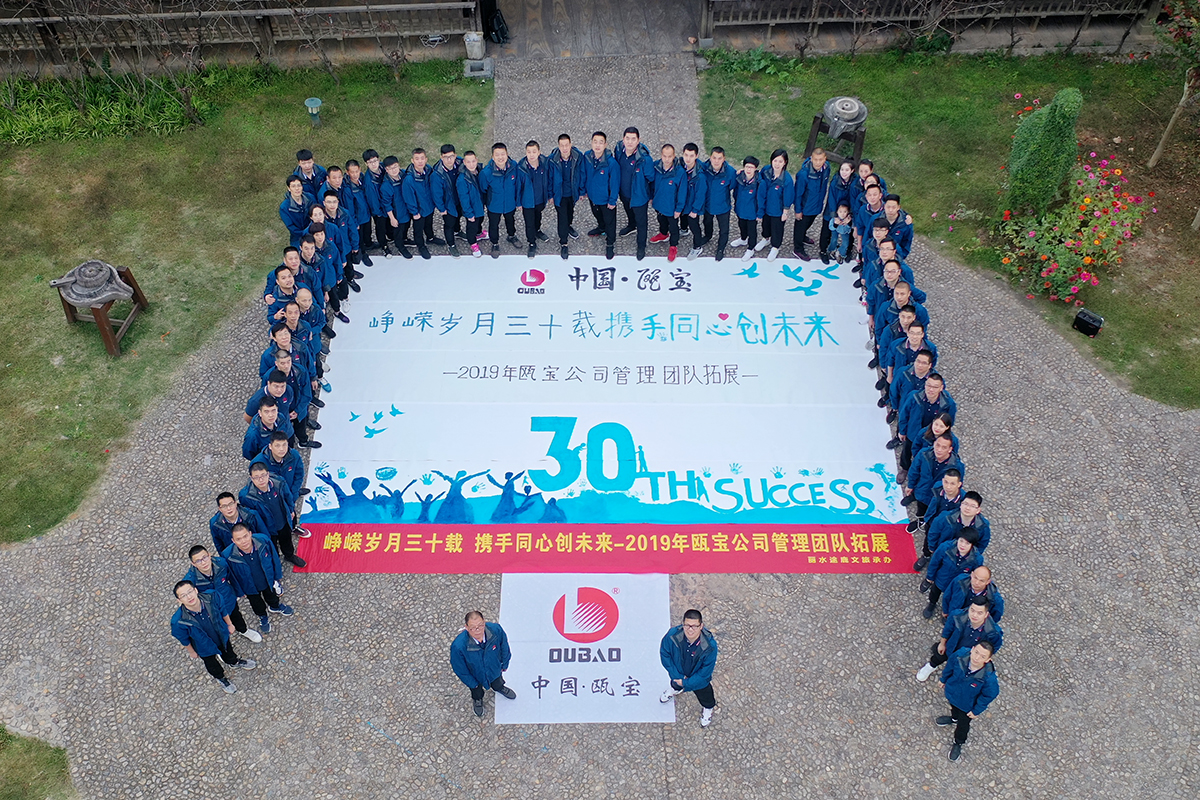 The next day, we visited the Wencheng Baizhangji Scenic Area. Baizhangji Scenic Area is located in Wencheng County, the middle and upper reaches of the Feiyun River in the southwest of Wenzhou City, Zhejiang Province. It is the hometown of Liu Bowen, a famous politician, military strategist, writer, and fengshui master in my country. It was called the sixth blessed land in ancient times.

Baizhangji, with a total drop of 353 meters, has three-fold waterfalls called Touji, Erji, and Sanji. The three-level waterfalls have a total height of 272 meters. They were once rated as "the highest waterfall in China" by the Guinness Headquarters of Shanghai Great World.

Through this team building, we have more opportunities to understand Oubao and get to know Oubao. Activities also promote the company's cultural construction, make our team more cohesive, and give us more power to move forward. The two-day trip left us with many unforgettable pictures, and brought us too much excitement and touch. Standing at thirty, the thirty-year-old Oubao will flourish. Let us work together to create greater glories.